East and West, or in between, these words seem to succinctly describe my life.

I was born in the communism era of late seventies and eighties in Poland. It was tough. Growing up, I was noticing that people around me have always desired change, yet not always acted on their instinct because sometimes they just couldn’t. Many simply didn’t have the means to do it.

One of the earliest memories in my life, apart from family home and family events, is this scene: me surrounded by hundreds of rocks, old red bricks, stones, pieces of timber and sticks. Next to me my sister. I’m an architect on a mission to build a house, a wild creative space where everything is possible one minute and morphed into a completely different space the minute after. I want to share, I want my sister to feel the same excitement, the joy of interacting with this awesome space with unlimited potential, where you can play for hours.. Ania didn’t quite see it in the same way.

After 1989 the world that I knew has started to change. For years there was a wind of change, a movement building thanks to the Solidarity movement – the Trade Union that changed the world. In 2012 I wrote a story about my migration to reflect these two realities. The story was published in Australia in a book called My Migration – Moja Emigracja. Exotic fruits like bananas were hard to get in communist times, all has changed after Berlin Wall came crumbling down. My story was a comical parody of a life before and after eating bananas. I was sick for days with food poisoning. Symbolically, it was a sad story about Poland, an Eastern bloc country being taken advantage of.

Now, living in the West, I struggle with making sense with my origins and how much this has changed in just the last 15 years with the rise of nationalistic and catholic dishonesty. I have both sides to reflect on. When I’m here in Australia, I’m not 100% from here and when I’m there in Poland, my Australian accent is so evident. Millions of migrants go through this. Although I feel so at home, it sometimes feels lonely. And at the moment, the best way to share is to document this cultural disparity in some of my photographs and pieces of writing on posted notes scattered around books, written on trains and on lunch breaks. More often now, whenever I can, I move between the east and the west to understand this imbalance and what to make of it in real life.

In the words of Richard Flanagan, ‘at its worst it can be despairing, but at its best it’s liberating’. 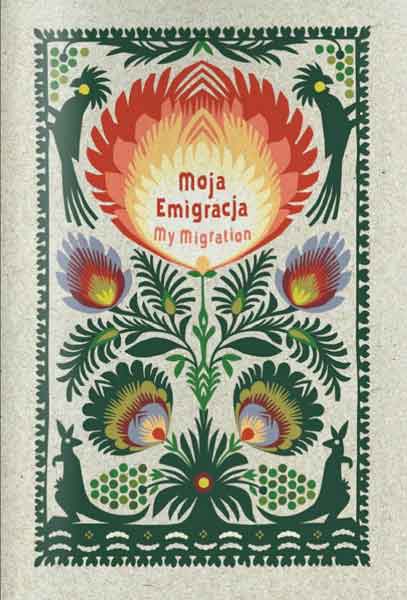 The book is an outcome of 2012 My Migration writing competition, whose purpose was to foster interest in literature through exploration of authentic cross-cultural experiences of Polish migrants in Australia. It is a collective study of migrant experience by twenty one contributors. It describes the authors sense of their national identity, their experiences of the communist Poland, and overall, discuss the question of nationality as a person’s identity.

0 Thoughts on The view from the East